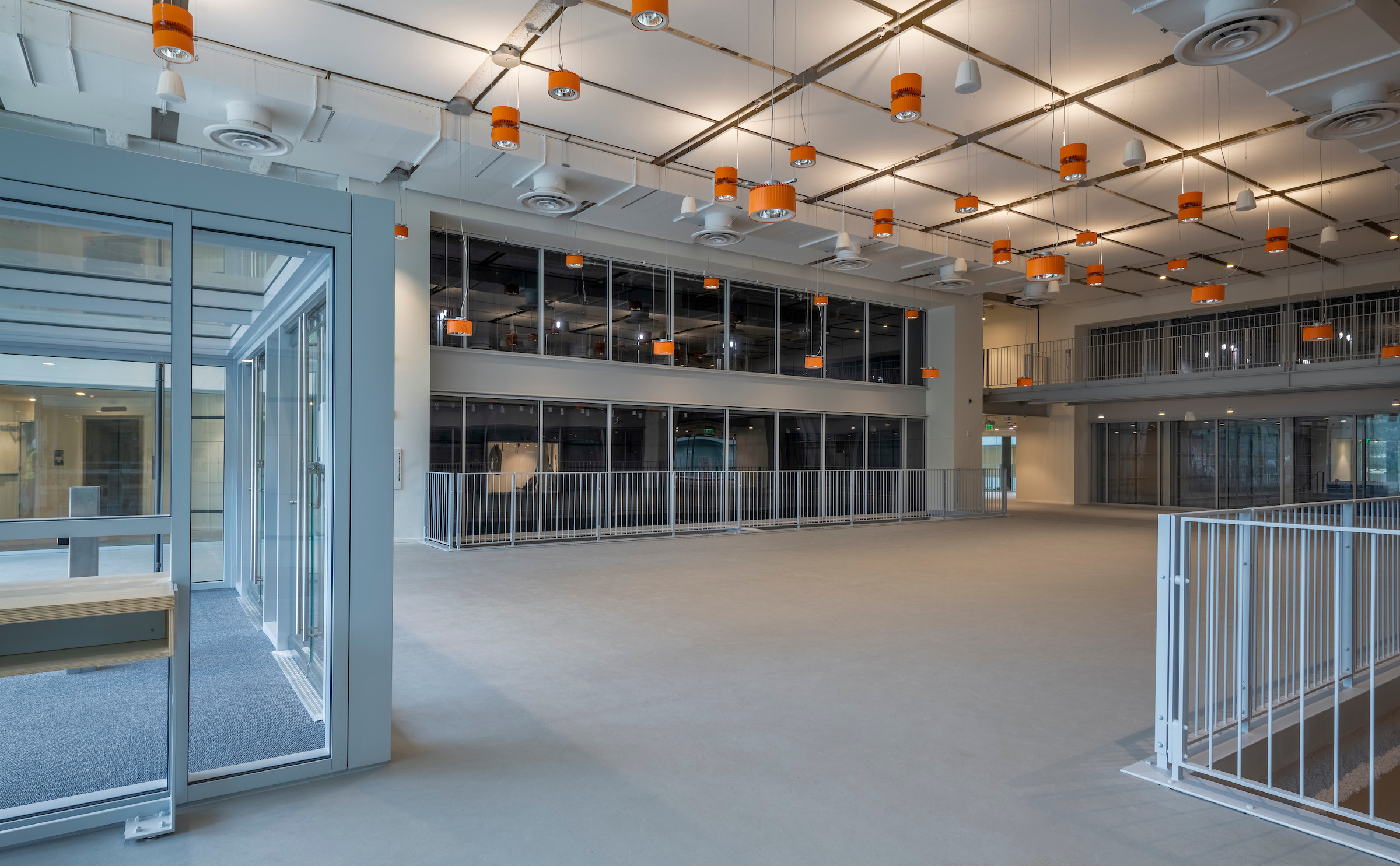 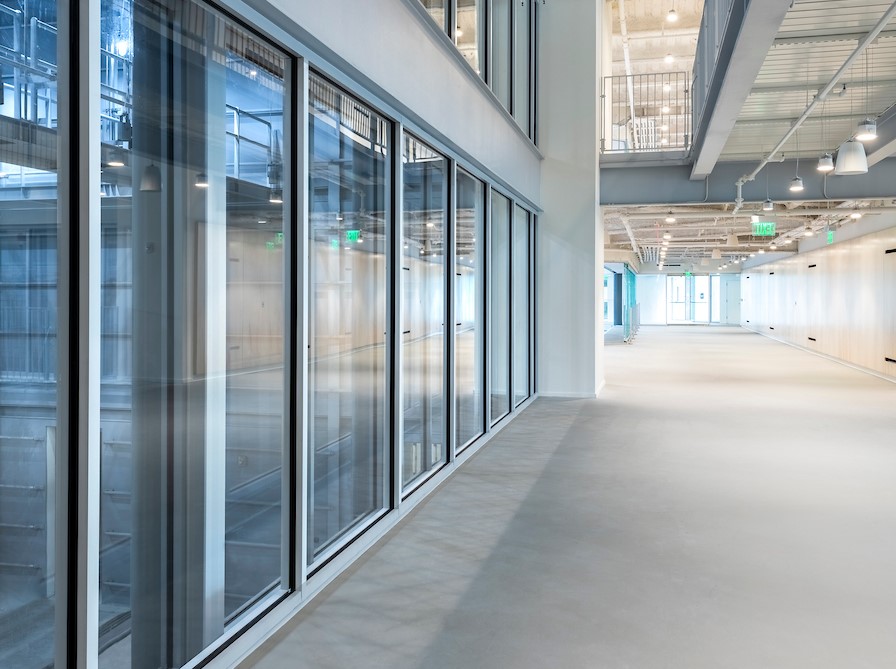 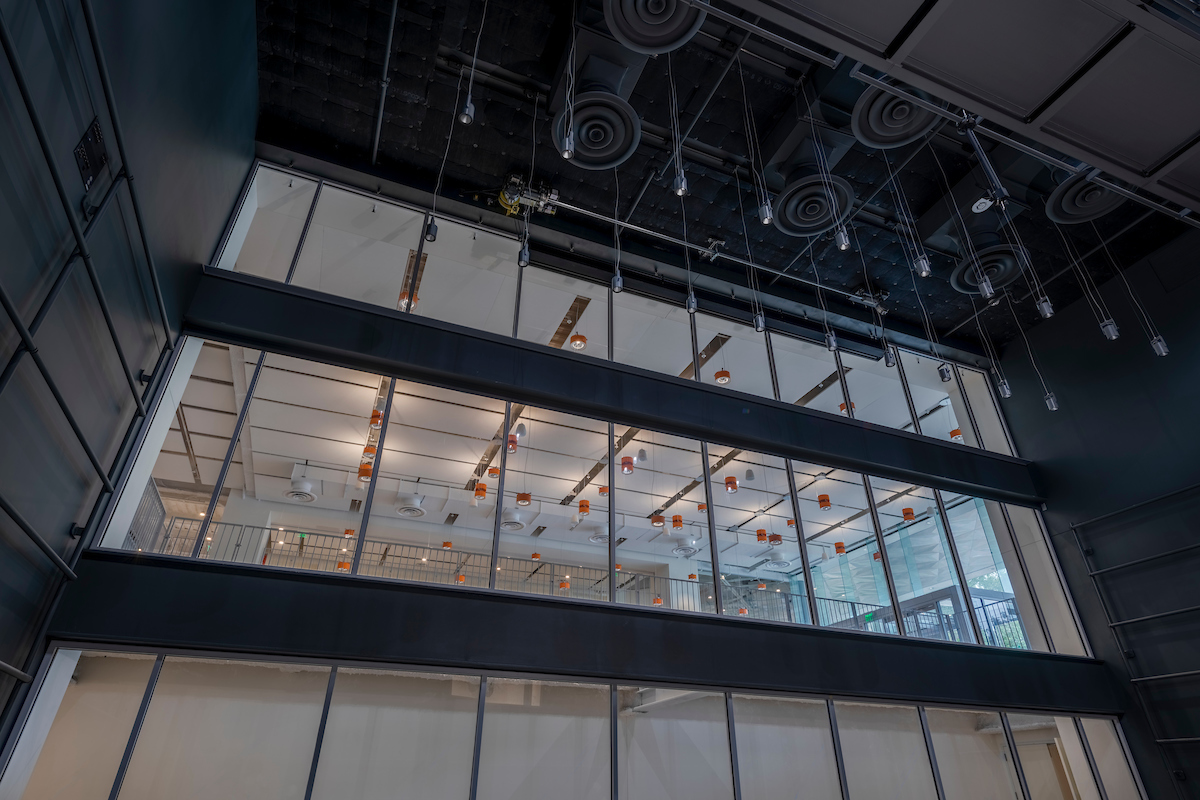 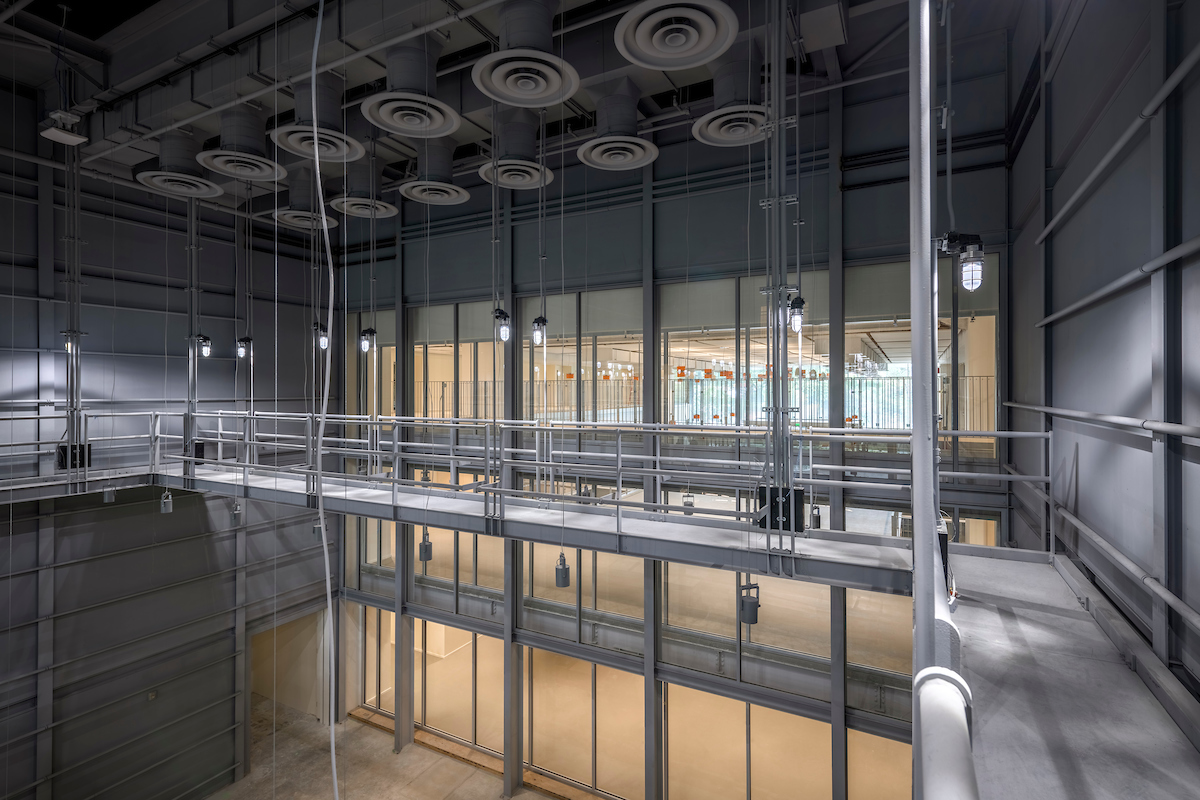 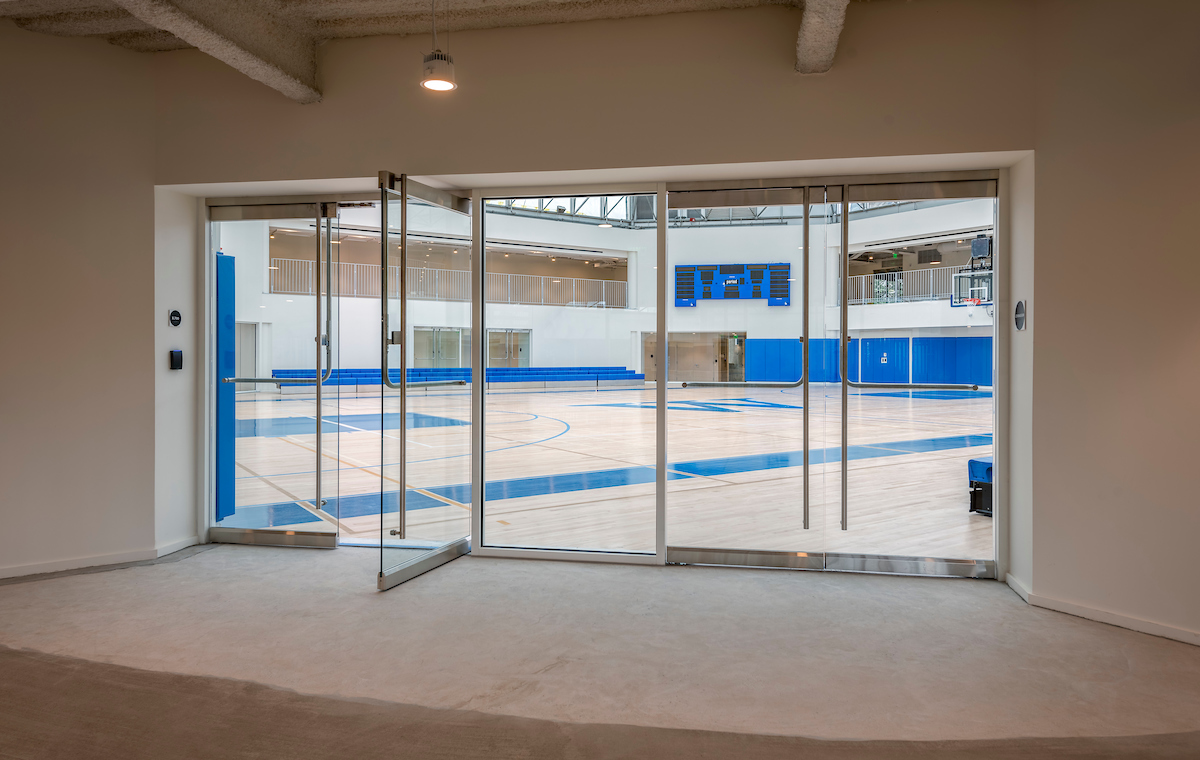 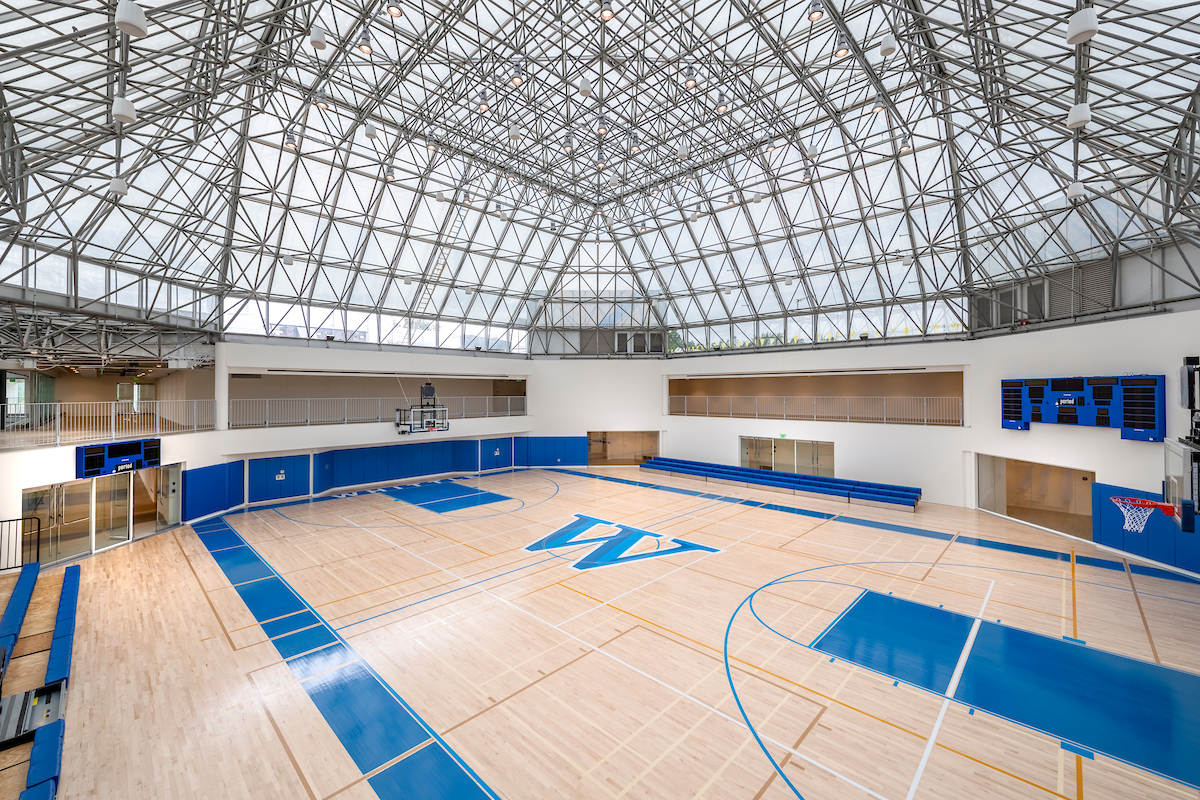 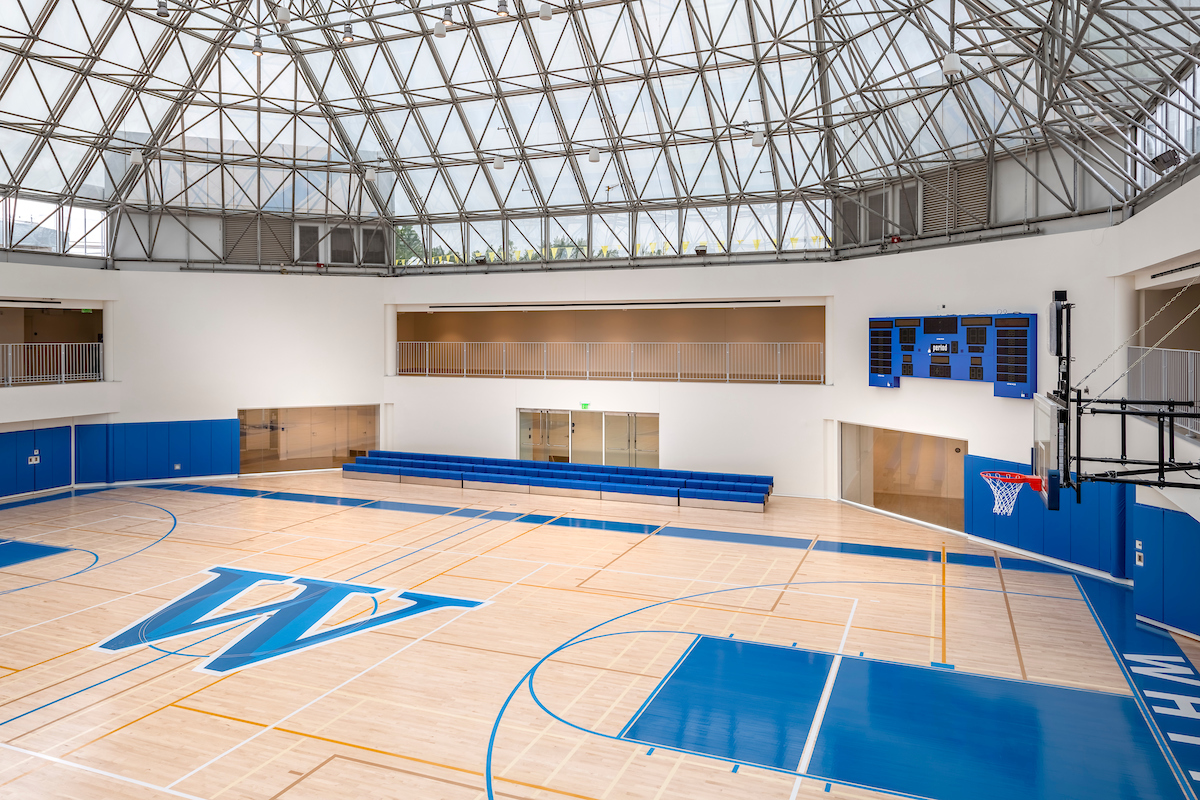 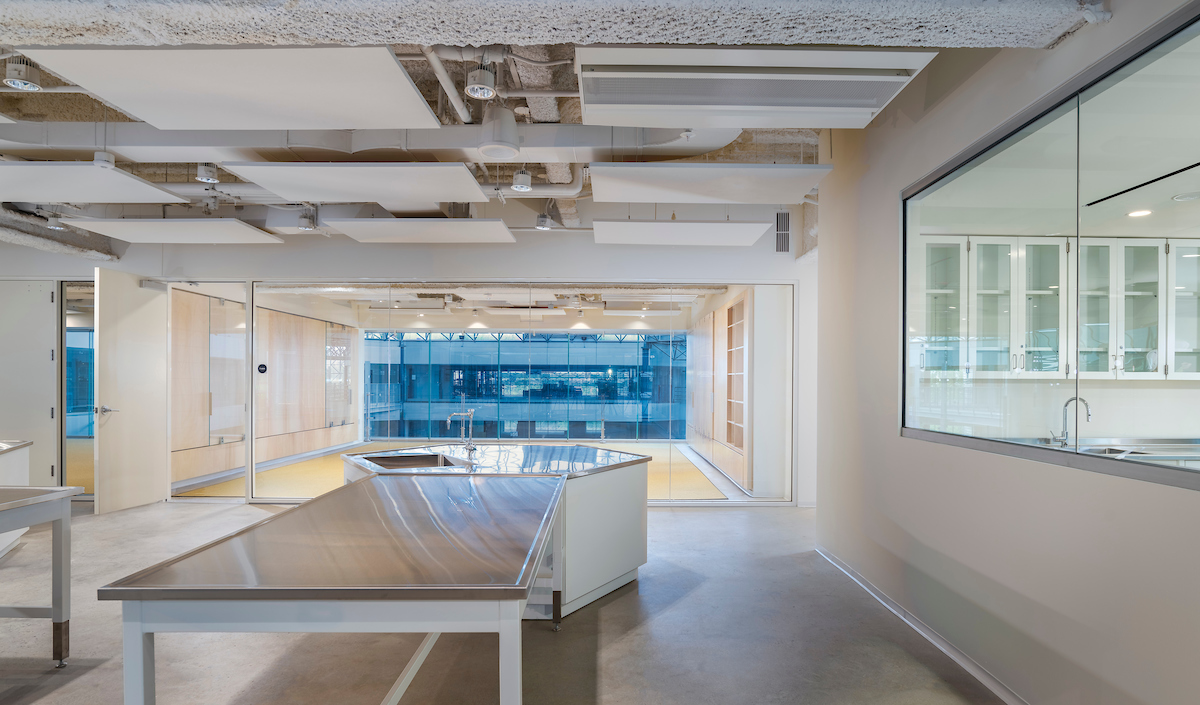 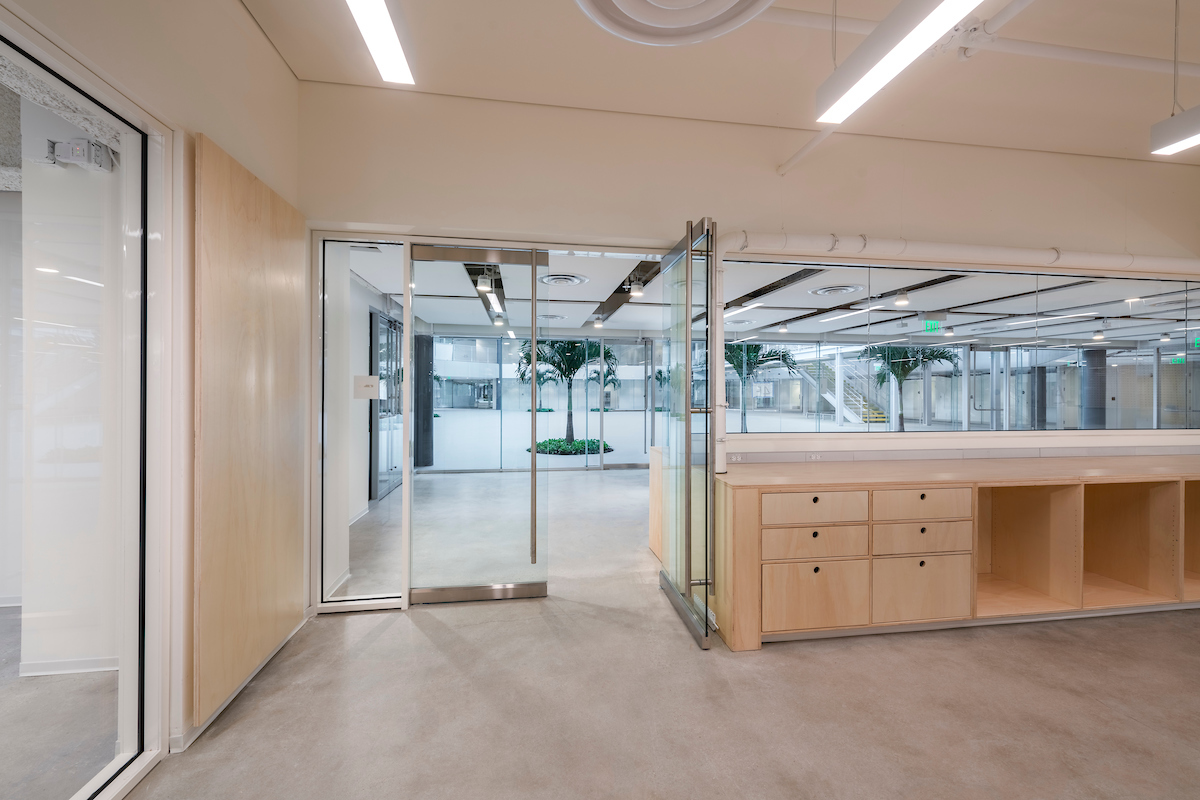 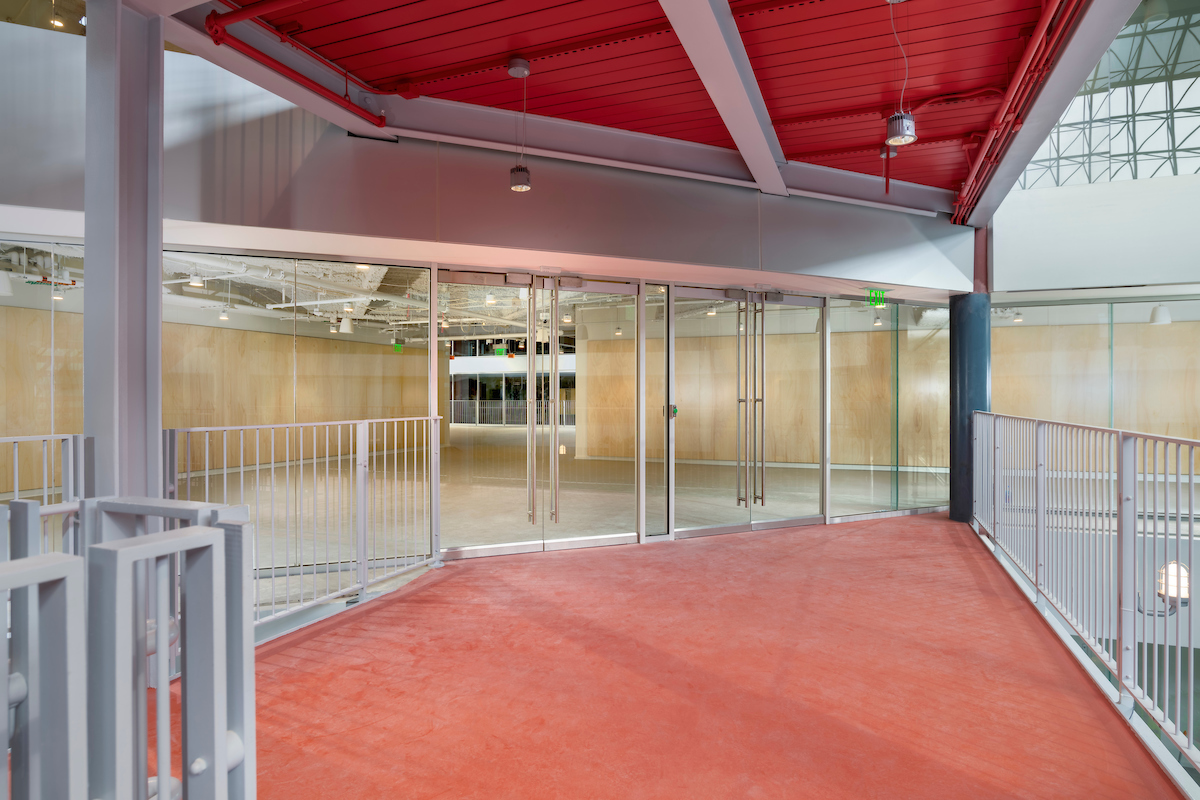 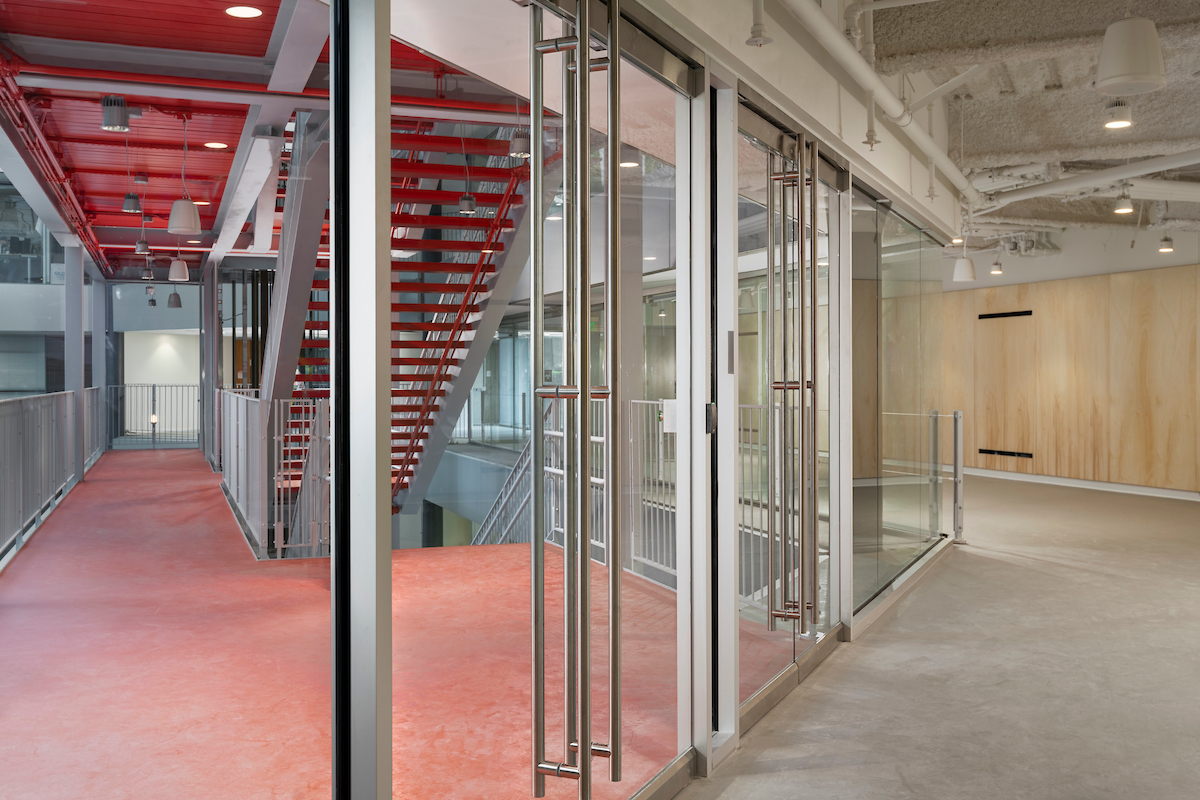 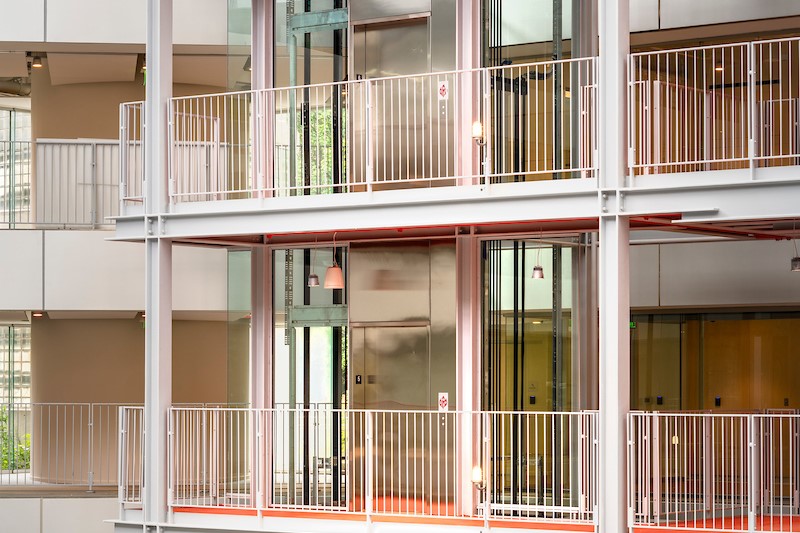 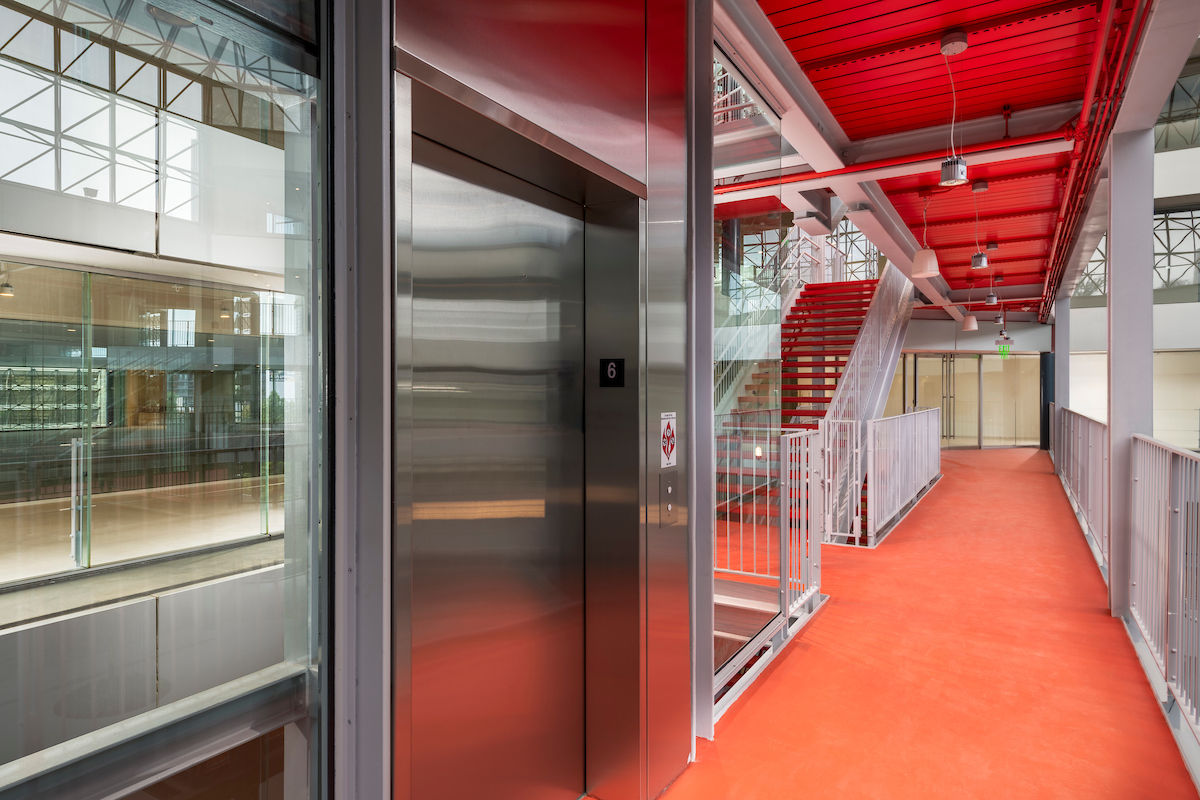 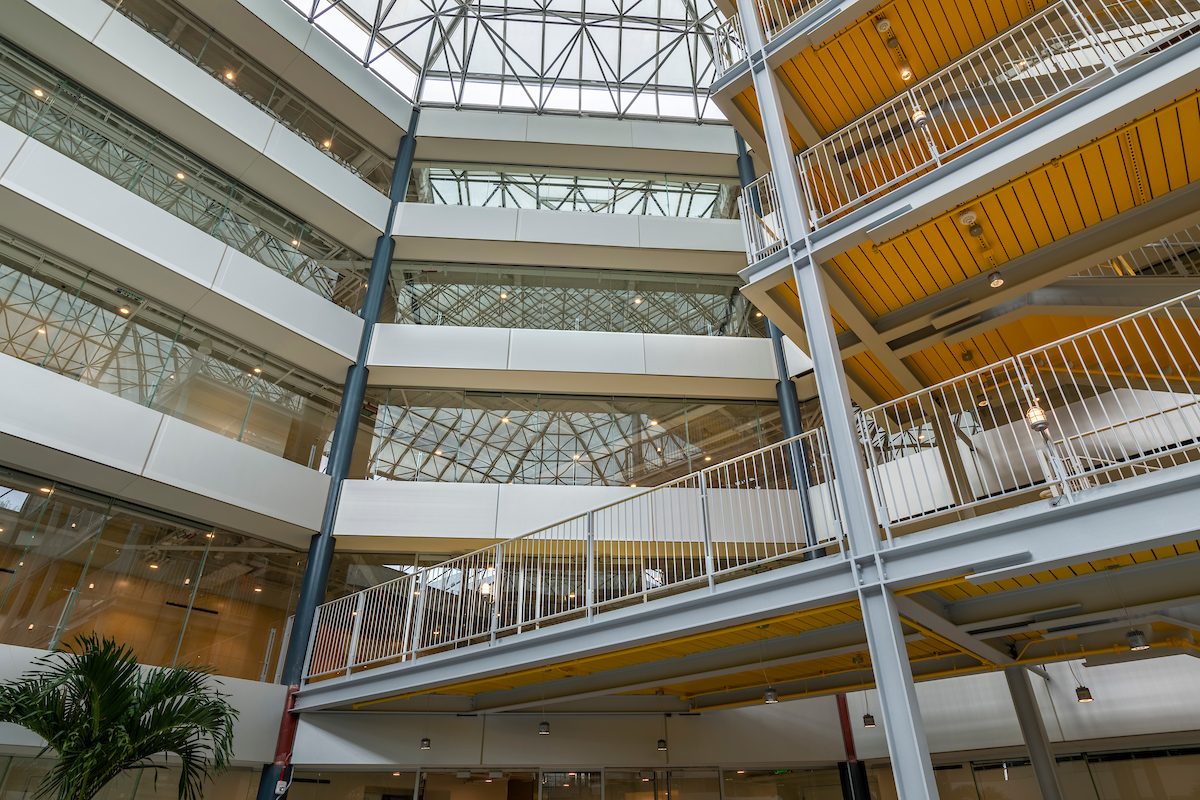 Kensington Glass Arts was selected by Turner Construction Company to work on the first North American Campus of Whittle School & Studios, which plans to have 30 campuses worldwide over the next decade.

For this project KGa installed over 200 clear tempered glass doors with sidelites, consisting of 11 different hardware types installed at the atrium stairs and corridors. Included in the KGa scope are all the Kawneer storefront framing and CRL 487 framing for the classroom fronts. A few of the feature elements of the design include the three-story high Black Box, Choral Hall, and Performance Theater made up from oversized laminated glass panels similar to the 5-story Circulation Machine in one of the Atriums.

At the 2-story gym KGa provided and installed the glass doors around the 7th floor. In the existing Atrium, KGa replaced the glass dome/roof areas with louvers while in the dormitories we installed operable window units to replace the original fixed glass. KGa further modified existing storefronts and added glass doors/sidelites to them to allow access to the Atriums from individual Pods. At the International Drive entrance, KGa installed 2 entrances of interior and exterior glass doors/sidelites using CRL’s Entice Entrance Systems as well as an additional interior vestibule of storefront with a glass surround, glass doors, and a glass roof.

Tying into existing storefronts in a building that was built in the 1980s proved to be very challenging since no two openings were the same. A lot of time and care was spent making sure that each area we tied into looked as if it had always been there when we were finished.